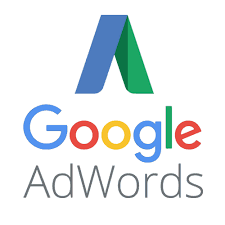 As your source for the latest in the digital ad world, committed to bringing you all the latest updates, and this is a pretty big one. Google has announced an AdWords release called “Expanded Text Ads”(ETA). Starting today, July 26th, Expanded Text Ads will be an option to all advertisers in the AdWords Interface. So what are they exactly?

ETAs are Google’s new text ad format, designed to maximize ad performance across all device types. As opposed to the old format of one 25 character headline, you will now be allowed two 30 character headlines. Which means way more of your content out there to see. Additionally, Google is expanding the number of characters that can be in the description line. Instead of the old 35 character description you’ll have the ability to write a 80 character description line. These changes will expanded the text ad size by 2X by far the biggest change to text ads since their creation 15 years ago. So why the change?

In early testing, Google found this change increased CTR (click-through rate) – by as much as 25 percent. In addition to more clicks, Google has said longer headlines will be more useful to advertisers, and result in better qualified traffic. Sounds good to me!
What do they look like? Here’s a picture of what the new expanded text ads will look like on mobile devices.

Lastly, here a timeline of how the rollout will happen:

Late October – Your original ads will continue to run, but you will lose the ability to create & edit the original text ad formats. All advertisers will be required to use the new Expanded Text Ad format.

2017 – Original text ad formats will be fully retired and no longer served.

In order to prepare for this change, we advise keeping up your quality scores, and making sure to prepare content that will take advantage of the new character limit. Here’s to hoping this change will make for improved CTRs!